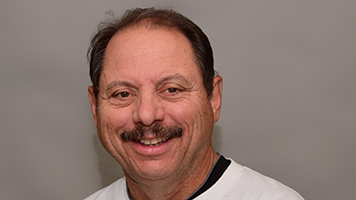 After 49 years on the air, a longtime voice of Indiana’s radio airwaves will name it a profession on Friday.

Renda Broadcasting and Digital’s Chuck Clark will retire on Friday after a profession that has spanned 49 years.  His profession began on the age of 19 after he graduated Indiana Excessive College and went to a broadcasting college in Wilkinsburg earlier than he bought his first job at WSGB in Sutton, West Virginia in 1973.  Chuck would then work for WBZY in New Fort earlier than returning to Indiana to work for WDAD and WQMU for 25 years earlier than going to WCCS in 2000.  He joined WLCY when the station was acquired by Renda Broadcasting in 2003, and has labored for all 4 of Your Hometown Radio Stations since 2004.

Clark has been a morning host for a number of stations, a disc jockey and a information anchor, however his ardour has been calling highschool sporting occasions, together with Indiana and Blairsville Soccer.  He mentioned that the rationale he has a ardour for highschool sports activities is as a result of it’s pure competiton.

Clark talked about what he felt was the key to his success and longevity within the broadcast subject.

After his retirement on Friday, Clark plans on spending time along with his grandchildren and doing a little travelling.

To see the whole dialog Chuck had with Josh Widdowson, click on on this link to go to our Fb web page.  We right here at Your Hometown Radio Station congratulates Chuck Clark on his 49 years of broadcast excellence and want him the perfect in his retirement.

At 220-9, Zimbabwe avoids another 3-day defeat vs Pakistan